For this post we’re taking a little detour away from our beloved vinyl addiction.
This review is about a MCD, yes, those little shiny silver colored coasters that most of you vinyl-junkies
despise. And i agree with you, Cd’s are ugly and are not made to withstand the end of times.
easily scratched and ruined, broken trays and those annoying booklets that just don’t fit into that front-panel. That is the legacy of this glorious 80’s invention, soon to be forgotten thanks to the digital revolution that serves us even poorer sound quality.
The artwork never really comes to full effect on these little buggers. In the end the best purpose for Cd’s is
for delivering you your daily dose of noise while driving your car, cause a record-player in a car just doesn’t cut it due to the instability of record-players and ( in my case Belgian) rocky roads.
But i really feel the need to discuss this great release by BROKEN CLOWN, and since this was a CD only release ( how stupid is that? ) it’s the only way to review this one here.

BROKEN CLOWN is a BRUSSELS ( BE)  based band featuring members of ARKANGEL / LENGTH OF TIME and BACKSTABBERS. Their first and only release up until now ‘SONGS FOR LONELY TEARDROPS’ dates from 2005.
A little side project for KIRBY, MOULES, MEHDI and DAVID to show their love and appreciation for the bands that inspired this release. Released through ARKANGEL’s very own label PRIVATE HELL RECORDS ( sub-label to GSR MUSIC ).

As said before this is a mini CD which features 6 songs by BROKEN CLOWN and the first one is a short intro, so let’s narrow it down to 5 real songs. Short but powerful they deliver a sound that brings back memories to influential bands from the past who played a more down tempo kind of hardcore and/or metal.
As if LIFE OF AGONY, SHEER TERROR and TYPE O NEGATIVE decided on a dark desolate day to
donate some semen to the local sperm-bank, all mixed up together and nine months later it sprouted into BROKEN CLOWN.

A clown holding a child on his lap greets us on the front-cover of this MCD, this is the main image used in this release. That and the horrified face staring at us on the back of the MCD. The booklet with lyrics contains a few more pictures of the bandmembers, all shot in a way that no faces behind the music can be witnessed.
The CD itself is again white with a crucified skeleton printed on it.

The songs deal with topics such as love and the suffering that sometimes accompanies love. These aren’t
happy themed songs but rather dark thoughts and reflections on love in general. With titles as MY PRECIOUS and MURDERED BY LOVE they bring their own blend of slow heavy riff based music joined by agonizing vocals in the same key that KEITH CAPUTO or PETER STEELE used to sing away their blues. 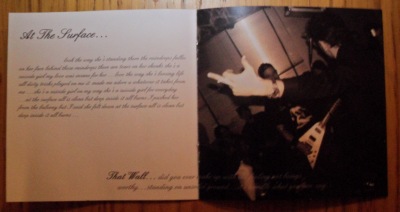 I really enjoy these songs by the BXL boys and it gives us a glimpse at the talent of these musicians showing that they are capable of more than what we known of them with their well known projects such as ARKANGEL and BACKSTABBERS.

Here’s a little clip of what i prefer as the best BROKEN CLOWN song so far ( not on this MCD),
this is TIRED, demonstrating what the band is all about.

My Store On Discogs

Deformity never had an album released on vinyl before. Blasphemour Records from the United States changed that a few years ago. As in fine American tradition there are test pressings made for the release. And as in fine H8000 tradition, there are transition colour copies of the release also. This post features the two.
Deformity Test Press

Colours of the Shorebreak LP

Stormcore “In For the Kill”

Brief information about the KDS Crew and the Stormcore 7 inch called" In For The Kill".
Stormcore “In For the Kill”