Help me out With AmenRa MASS II Pressing info

I really want to build up a decent post with the pressing info of the AMENRA Prayers 09-10 LP. But since the label doesn’t want to cooperate, I do it this way. My question now is if you have any information about this release on GRAVE ESCAPE Records or even pictures please hit me up here in the comments or my email.
So far me and a fellow collector have this information available:
We think that the record was pressed only once on CLEAR and on BLACK vinyl by the pressing plant. BUT that the label, who screenprinted the record, did it in several release rounds. These release rounds differ from each other because of the dates and places where the record was released. AND also because of the several art-prints and sleeves.
2004: 1st release round
+ unique BLACK screenprint: namely Bird-beast with RA logo underneath

The sleeve is also unique and was numbered out of 100 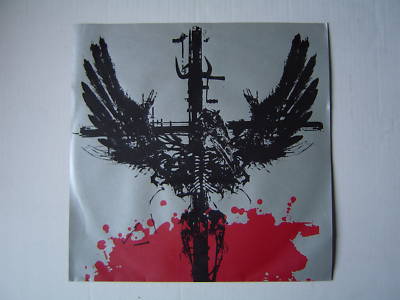 This is what I think it is for now, if you have pictures of your record or sleeves that aren’t mentioned here, hit me up by email. Or even exact pressing info,it would be very much appreciated!